This post may contain affiliate links. Please read my full disclosure policy here. As an Amazon Associate, I earn from qualifying purchases.

No, I’m not endorsing mean moms. Unbunch those panties, ladies. Hear me out! You might just find you agree with me.

Now, imagine you’re standing at a salad bar discussing dressing options with a friend. You say, “I don’t like ranch dressing. It doesn’t taste good to me, and I don’t think the extra calories are healthy. I think I’m going to go with a vinaigrette.”

You would expect your friend to respond with something along the lines of “I disagree–I like ranch,” or “I also chose a vinaigrette.” Or maybe she would smile and not say anything at all. Because after all, you’re both eating salad, and presumably you’re both just doing your best to eat well because you both care about your health.

If instead your friend got offended, accused you of calling her fat, or said you were judging her for choosing ranch, I imagine you would be shocked. Not just because it’s salad dressing and who cares, but because you didn’t actually do or say any of those things.

Too often though, the latter sort of response is the kind you see when the discussion revolves around parenting–and especially when that discussion happens online or with your parents/inlaws. Replace “ranch dressing” with breastfeeding, formula feeding, spanking, gentle/positive discipline or what have you, and feelings get hurt left and right.

It seems you cannot advocate one approach without also somehow necessarily implying that the alternative is an objectively inferior choice.

And too often advocating anything–even kindly and respectfully–has the potential to start Mommy Wars of epic proportions. Bring up child-rearing at all and you’ll see that moms take parenting very personally.

Why, you ask? Because of bias.

THE REAL CAUSE OF MOMMY WARS

Bias is a part of the human condition, and there’s nothing inherently wrong with it. It becomes harmful when it causes us to hurt others–something that is NEVER okay, and something it does far too often.

Our bias as parents stem from our own upbringing and the cultural/social norms that define our notion of what “good” parenting should be. The way we were raised in particular has a profound impact on how we raise our own children, sometimes without us even realizing it.

Regardless of what you believe to be true about the “right” way to bring up a child, bias is important to think about because it can keep us from critically evaluating how we are doing as parents.

Our own bias can be hard to see. For example, research has shown that people have a strong tendency to search for, remember, and favor evidence supporting ideas that they already agree with. Once we have formed a view, we are quick to doubt or flat-out reject information that contradicts it, sometimes even in the face of clear and strong evidence that our initial way of thinking is flawed.

In psychology, this phenomenon is called confirmation bias. In other words, people are prone to believe what they want to believe.

Even though actively seeking out evidence that contradicts what we believe is a more powerful way to reach truth, it’s counter-intuitive and doesn’t come naturally, so we often just don’t do it.

And of course, sometimes we can’t–or don’t want to–admit certain truths to ourselves, and our bias is to blame once again. For example, we all want to believe that we are doing what is best for our children, so when confronted with evidence that a parenting decision we made was less than optimal, we are likely to reject that evidence, justify our decision, or both.

This is an easy way to eliminate the psychological stress caused by the idea that a “good” mom such as yourself did something “bad.”

This inconsistency–or cognitive dissonance as it’s called–makes us uncomfortable. And in light of this discomfort, we tend to reject the idea that our decision was flawed (“I don’t agree with the results of that study,” “There’s no way scientists can know that,” “We’ve been doing ___ for years and our kids are just fine”) rather than accept the possibility that we may have been in the wrong.

And on that same note, it’s a lot easier to believe our own parents did parenting “right” than admit we may have been harmed by some of their choices–especially if we find ourselves making many of the same ones (“My parents ___ and I turned out just fine!”).

On top of all this, research has shown that people tend to overestimate their own qualities and abilities, especially in comparison to others. This is called illusory superiority or the above-average effect. Even the most humble of us like to believe we are better than others in some respects.

This causes us to have bias blind spots; in other words, it’s easy for us to notice bias in others, but we have a hard time realizing and accepting that our decisions and beliefs are just as susceptible to bias–because we are good parents and surely we wouldn’t allow ourselves to be affected by such a thing!

When our biases collide, it can make us get defensive. Feelings get hurt, hostility mounts, and the Mommy Wars begin.

DON’T HEAR WHAT I’M NOT SAYING!

I’m NOT saying that Mommy Wars are simply a product of moms being too sensitive.

Sometimes arguments get started because people ARE just downright rude, and being argumentative when you or your beliefs are being unfairly characterized is only natural. There’s nothing wrong with defending yourself, especially when you do so in a spirit of kindness.

I’m NOT suggesting that I myself am not susceptible to bias because I am enlightened about the topic. It’s something we all struggle with simply by virtue of being human.

And of course, I’m NOT saying that parenting choices are all relative so you can’t or shouldn’t have convictions about them, that you have no right to judge, and so on.

Because, strictly speaking, you do have a right to judge–in fact, you can’t help it! If you’re going to parent a child at all, you’re going to HAVE to evaluate (i.e. judge) different parenting choices. And your decisions are going to be, presumably, grounded in what you think is “best” for someone in your situation.

“Don’t judge”–the battle cry of all mom groups–is technically an impossible standard to live by. Human beings are inherently judgmental (i.e. judgment making) creatures, and that’s simply a necessary side effect of the capacity for higher order thought.

So go ahead! Be judgy! But make those personal judgements without being rude.

Yes, it IS possible.

The problem of Mommy Wars doesn’t start with rudeness. It starts with bias. Bias causes us to be defensive, look down on people and ideas that are different from our own, and overestimate ourselves. It can sabotage our ability and willingness to be considerate of others.

Shouting from the rooftops that moms “shouldn’t be so judgmental” isn’t ultimately going to do much. Because we can’t confront other people’s bias for them. We can only do it for ourselves.

SO WHAT’S THE POINT?

If we want to test the truth of our parenting beliefs, we have to question hardest the things we most readily accept and be open to positions we instinctively reject.

But this is hard. After all, we have a very strong and very natural tendency to do just the opposite. So don’t be surprised if you don’t change your mind about many issues. Fortunately, that’s not the point.

The point is to make a good faith effort to engage in an opportunity to learn something and understand someone else rather than let your bias blind you.

The point is to practice empathy and patience and kindness, even if you have to agree to disagree at the end of the day.

The point is, the end of Mommy Wars starts with you.

P.S. DISCLOSURE: This post may contain affiliate links, meaning I will receive a small commission on products purchased through these links at no extra cost to you. Rest assured I only promote products I use, love, and would recommend to a friend! Please see my FAQs and disclosure policy for more information. Thank you for your support!

I’m an International Board Certified Lactation Consultant (IBCLC), mom of two, and a baby nerd with degrees in psychology and human development. My mission at Mom Makes Joy is to help moms navigate breastfeeding and motherhood with confidence!
Read More>> 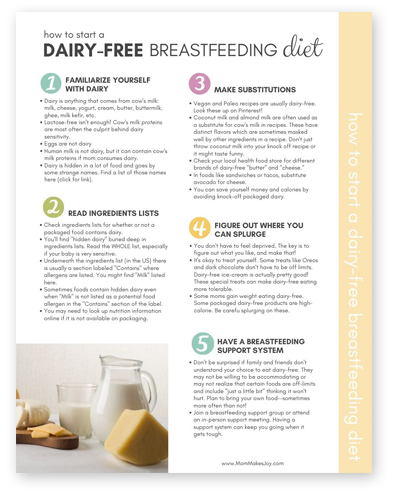 I would like to breastfeed.
I'm breastfeeding a dairy-sensitive baby.
I'm going back to work soon & will need to pump.
Almost Done... 50%

Is your ped giving you the breastfeeding information you need? Sign up below to join the Mom Makes Joy email community PLUS receive a printable cheat sheet version of 5 Breastfeeding Secret’s Your Pediatrician Won’t Tell You as a free gift.