Have you ever tried canning homemade jam before? Did you know you can can small batch jam on your kitchen stove? It’s a great way for beginners to get practice with water bath canning!

Last summer I learned how to preserve my own jam, and now I will never go back to the store-bought stuff. Because there is just nothing like a spread of homemade jam on a warm biscuit!

10 EaSY WAYS TO FEEL HEALTHY - EVEN IF YOU'RE NOT SUPER FIT!

Are little ones making it harder to find time for a healthy lifestyle? Wish you had more motivation? Here are 10 simple ways to get started feeling great that you can implement in just one day!

GET MY FREE CHECKLIST

Now that summer has rolled on in again and it’s berry season, I thought I would go ahead and share with you how YOU can make and preserve your own jam too.

If you’ve never canned your own jam before and you find yourself as nervous as I was the first time (because…you know…botulism and anxiety), don’t worry! Canning jam is actually really easy. I like to can small batches of jam in particular for a few reasons:

Here are some things you should be sure to have on hand:

If you want to get all your canning equipment (think jar lifters, canning funnels, things you might not already have at home) at once, you can purchase a canning kit for pretty cheap.

To begin, fill up your stock pot with water and place a metal trivet at the bottom of the pot, as shown above. In lieu of a trivet, some people use twisty-ties and tie a bunch of mason jar rings together for the same effect. Normally one would use a canning rack instead of a trivet or mason jar rings, but I don’t have one and haven’t needed one so far! The purpose of the trivet is to insulate the jars and keep them from touching the bottom of the pot, which is directly against the flame of the stove. Bring your water to a boil.

In the meantime, start making your jam! I used a basic raspberry jam recipe.

That’s really it! You can probably get away with adding less sugar, if you’d like. However, if you do this, you may need to add pectin to your jam to help it not be too runny.

Mash your raspberries with whatever you have that makes raspberries mash. I don’t have a potato masher, but another mason jar did the trick!

When your water begins to boil, put your little mason jars in the water using tongs or a jar lifter to set them in place. I use 4-once mason jars for a few reasons:

Let your jars sit in the boiling water for at least 10 minutes. This sterilizes them. After 10 minutes, carefully lift the jars (with tongs or a jar lifter) from the water and set them onto a clean towel (I usually set them upside down). The towel is recommended as your counter-top is probably comparatively very cold. Leave the large stock pot of boiling water, as you will need it again shortly.

While this is going on, put your mason jar lids in a small (1 qt.) sauce pan filled with a little water, as shown above. Bring the water in this pot to a soft simmer. The purpose of this is to soften the orange-red gummy substance that circles the lid. Make sure the lids you are using have NEVER been used before (lids can only be used once; any more than that and they will not seal later). At this time, put a glass bowl in the freezer. You’ll see why later ;)

Now it’s time to start making jam! I measured out how many cups mashed raspberries I had and added the same number of cups of sugar to a 2 qt. saucepan. If this much sugar puts you into a diabetic coma, you can cut back the sugar (by as much as half, according to some). Bring your soggy sugar and mashed berries to a roaring boil, stirring continuously.

As your berries cook, you will have this pink foamy stuff rise to the top. This is fine, but a lot of people don’t like the way this foam looks in terms of presentation when your funnel your jam into the jars. You can skim the foam off with a cooking spoon. Continue to boil your jam until you notice it start to get a little bit thicker, like a thin syrup (think maple). This is where the cold bowl comes in.

Scoop out a small spoonful of jam and set it in the bottom of your cold bowl. Wait for about 30 seconds, allowing the jam to cool. Then tilt the bowl. If your jam runs down the side of the bowl, it isn’t ready yet. Continue cooking your jam a little longer and try the bowl test again in a few minutes. If your jam very slowly slides down the side or even sits in place, turn off the heat! Your jam is ready :)

From here, ladle your jam into your mason jars, making sure to leave about 1/4″ of space between your jam and the rim of the jar. A canning funnel is helpful here. Be sure to wipe off the rim of your jar with a damp paper towel, since sometimes your jar will not seal properly if jam has made its way onto the rim!

Using a canning wand, carefully scoop out a mason jar lid from the small pot of simmering water. Shake off any excess water form the lid and set it on top of the mason jar. Then tighten a mason jar ring around the lid and the jar (but do not over-tighten!)

From here, you can do one of two things. You can let the jars cool to room temperature and store your jam in the fridge for up to three weeks. OR you can can your jam and preserve it up to a year.

If you choose the latter option, all you need to do is set your closed jars of jam in your big stock pot so that they are resting on the trivet (you will need to use a jar lifter or your sturdy tongs to do this). Bring the water to a boil again if it has cooled. Make sure that about 3″ of water is covering your jars. Once the water is at a boil, boil your jars for at least 10 minutes. This is called “processing” your jam. It kills any bacteria in the jar that will later cause your jam to go bad. After 10 minutes, turn off the pot of boiling water and let your jars sit in the water for five minutes before lifting them from the water and setting them on a clean towel.

This next part is the hardest part: You wait! As the jars cool, the heat from the jars and the relatively cool air around the jar interacts such that a vacuum is created. When this happens, the jar “seals” and your jam will be preserved for up to a year (although I usually try to eat these within at least 6 months because I’m paranoid like that). You will know your jar has sealed when you hear that coveted “pop” sound. You will see that the lid of the jar caves in ever so slightly when this happens. Be sure not to push down on the lids during this time, as you may cause the lid to make the “pop” without the vacuum seal ever happening.

If you wait an hour and no popping has happened, no worries! You can either just store the jam in the fridge for three weeks, or you can re-process your jars. To do the latter, make sure you throw away the old lid and start over with a fresh one (the ring doesn’t matter–just the lid) and repeat the process described above (boil for 10 minutes, leave jars in the water for five, set them on the counter and wait). Chances are, your jars will seal the first time and you will have some beautiful preserved jam!

10 EaSY WAYS TO FEEL HEALTHY - EVEN IF YOU'RE NOT SUPER FIT!

Are little ones making it harder to find time for a healthy lifestyle? Wish you had more motivation? Here are 10 simple ways to get started feeling great that you can implement in just one day!

GET MY FREE CHECKLIST 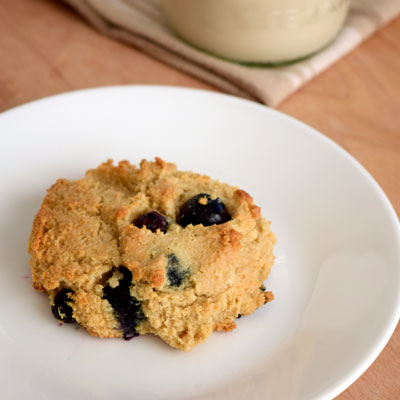 Ready to feel better in your body?

Our FREE Healthy Mom Checklist will give you 10 simple ways to quickly improve your health and well-being that you can implement in just one day! Simply opt-in below to have it sent straight to your email inbox. 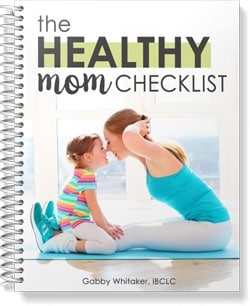